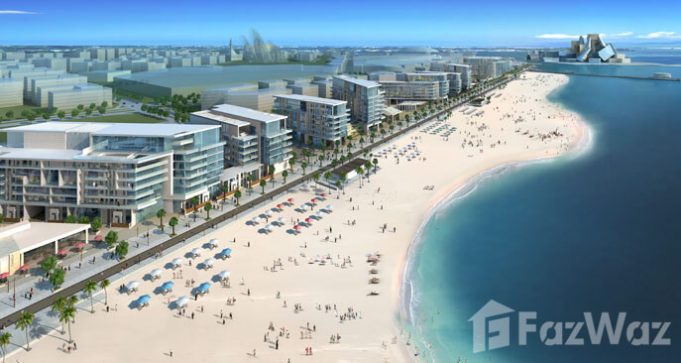 There are plenty of expats living in Abu Dhabi and they can be found in different communities around the city. Some areas are more suitable for families with children, while others are a better match for single people. Then there are those that choose to live in a community that is closer to their work or college. The point is that it is a huge city with plenty of communities to choose from. Here we will look into some of the most popular areas for expats in Abu Dhabi.

This is one of the most popular areas with expats as it is located in the middle of Abu Dhabi. It is a vibrant community with plenty of local amenities such as shops, parks, and one luxury mall in walking distance. Etihad Towers is the most striking building in the region which is a combination of new and old buildings and villas. The only downside is the real estate prices, the traffic congestion, and the fact that the windows can’t open and there are no balconies.

This natural island is located on the side of the city centre. Getting from there to the city’s center is pretty fast and straightforward. The area is mainly filled with apartment buildings and just a handful of villas. The Booutik Mall and the Marina Square are considered as the best-established parts of Reem Island.

This community is a bit farther away from the centre of the city, at least when compared to Khalidiyah and Reem Island. The neighborhood’s landscape is mainly traditional style villas of various sizes. There are plenty of parks and playgrounds which make the area perfect for expats with families. During the colder months, there is an open market and plenty of concerts in the parks. You will never have a parking problem.

The area is located next to Al Bateen Airport and is still developing. There are plenty of newly built apartment buildings, as well as many others still under construction. The most significant fact is that you can get a great price deal. The only real downside is that it can be a bit noisy if you live near a construction site. Other than that everything looks good.

It’s a small island from where you can reach downtown, as well as Reem Island. The area is full of great bars, restaurants, and a view to die for. The downside is the price of living there as there are only two residential options – the Four Season Hotels, and the Rosewood apartments.

Located at the east side of Abu Dhabi this is an area filled with both apartments and villas. Bloom Gardens stands as the prime spot for expats in the area. The Al Bateen Airport is also in close proximity of the area. In the middle of this community is Brighton College.

Villas and townhouses cover the entire area. It’s located in proximity to the Abu Dhabi-Dubai highway which makes getting to each of the cities pretty straightforward. The people that live here are very passionate about their community. The only real downside is that prices tend to be on the high side.

Find Out Where Dubai Property Price Went Up or Down

Today Weather Is Dusty and Hot With High Temperature 48 ºC

14 Bite Sizes Tips on Modern Lifestyle of Women in UAE

Dubai Villa for Sale, Past Data Price Analysis in 2022